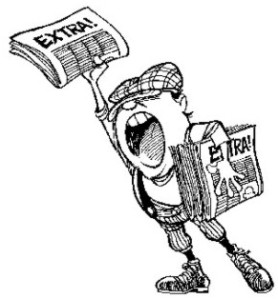 Something I do regularly as a journal exercise is every season I write down what my most important goals, beliefs, thoughts, ideas, motives, and such are. I do this because life is about growth and change and living a Pagan life is about fitting in, accepting, and merging with the cycles of time and seasons that envelop us. So, four times a year, I open a journal and write down where my head is at and how I look at things. I don’t go back and reread older entries until I’m finished with the newest one. Sometimes things change, sometimes they don’t.

I am going to share some of what my most recent seasonal entry held in terms of learning about myself:

I have a very solid warrior attitude about many things, and I have a very low tolerance for whining. I am someone who values peace and it is my hope that ultimately, that is what can be found, but I’m not a pacifist; I am a fighter. I don’t necessarily seek out violence or conflict, though sometimes I’m probably more of the instigator in such things when the fight or cause really gets to me. I have a lot of patience for most things and I have gotten more selective about what will actually get my ire up. I believe that my stance on righteous indignation is a lot more solidly grounded than it was several years ago.

Recently I read a news article about an Idaho man where one brief passing line mentioned him having met his victim on a Pagan/Wiccan website. I felt nothing at that. Some readers read it and commented that had the man met the girl on any other religious website, it wouldn’t have even been mentioned. Maybe so, maybe not, but it really didn’t matter to me. No claim was being made that either of them actually are Pagan or Wiccan. Not that such would have even mattered as we have our share of kooks and criminals too.  I actually think it was a good thing that the sort of site was mentioned because children need to be aware of the predatory nature of some folks on the internet. Paganism and Witchcraft are popular among girls and while I don’t personally think this man is a Pagan or Witch, he knew that much to know where to do his searching.

Having done prison volunteering and ministry for Pagan inmates, I don’t live with some sort of blinders on that says all Pagans are good people. Some of us aren’t. Anyone can follow any religion and not live up to its best ideals or tenets. It’s for each person to continue trying to find their path, their personal ethical code, and the point or purpose for their life and live up to it. Getting pissed off that some pedophile knows that he can reach teenage girls through a site that talks about Wicca doesn’t surprise me nor does the fact that the reporter mentioned it mean that it’s an intentional slam against Wiccans/Pagans. I won’t take it that way or propagate such. I mention it now and only now to say why it shouldn’t be a big deal or broadcast like one. I think Pagans and Wiccans need to choose their battles more selectively and let go the things that don’t matter or make much of a difference, otherwise we’ll add fuel to a fire that is best left to die out and draw more of an ignorant populace to something that is best left alone.

This sort of situation pops up in the news every so often because of the fact that the general public still equates words like Voodoo, Pagan, Witchcraft or Ritual with something scary, sinister, and weird.

I also read an article recently that mentioned a young girl being tricked into believing that the only way to lift an evil curse from her family was to steal $10,000 worth of jewelry from them and use it to pay a woman to remove the curse. The headline read something like, “Young girl threatened with Voodoo Curse”.  (Upon going back to find the article to supply the link, I noticed the title had been changed)

We’re getting into the season — leading up to Halloween — where everyone is going to be thinking about Witches and curses and what we’re all really up to on October 31st. I live publicly as a Witch, within reason. I don’t hide it if I’m asked, unless there’s a good reason to. But neither do I seek to inform everyone all the time. My name — my real name, not just “Serpent” —  is out there connected with Paganism and Witchcraft in the community where I live and because of that, because I have taken on that lifestyle, it is important that I make the best and most honest impression that I can of what a Witch is.

Because I am public with my beliefs, I represent my Gods, my tradition, and to a lesser extent everyone else who bears the name or title of “Witch or Pagan”. I accepted that responsibility over 15 years ago when I first wore a pentacle in public.

If you are publicly known as a Witch, then be one that all Witches feel good about having as a face in the community, or else keep it to yourself. If you are going to fuss and fight about discrimination, bigotry, or religious intolerance, make sure that you actually have ground to stand on. Don’t take on the attitude of someone who is persecuted if there is no persecution actually given, and if you don’t know the difference then chances are you aren’t being persecuted, you’re being a big whiney baby. Live without the blinders that say everyone who commits crimes or acts differently than how you think a true Pagan, Wiccan, or Witch would isn’t a real Pagan. Maybe they aren’t, but if they’re the one out there in public being attached to the name, then it doesn’t matter and trying to distance yourself from that element in our community, or claim harrassment because the news mentioned the dreaded ‘W’ word in connection to dispicable acts in their article won’t do anyone any good.

If you want better, do better. If you don’t want people to think that folks who do these sorts of things are an accurate representation of your beliefs, then YOU be the accurate representative. Be a warrior, not a whiner, and learn which fights are really worth it, need to be fought, and which to let go.

One thought on “Pagans mentioned in the media: choosing when to fight”