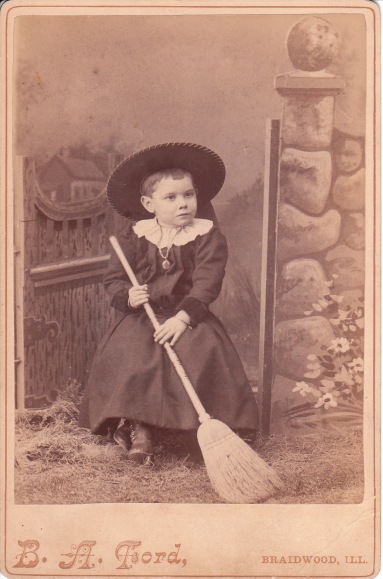 I don’t have children of my own. I don’t really know if I ever will. But I do know that if that ever happens, I fully intend to raise them as Witches.

I am a member of many Pagan websites, Facebook groups, and message boards. One of the ideas that has always been a common one throughout is the concept of not raising children in any sort of religion and allowing them to choose for themselves when they are old enough. I have no problem with the second part of that, but I don’t feel that the two ideas must be mutually exclusive. Now, I’m not saying that I would divulge things to my future child that are beyond her understanding. Age-appropriate education has very little to do with being a Witch and more to do with the child’s maturity and environment. What bothers me is this abject terror at parents influencing their child’s beliefs in any way as if doing so would interfere with the child’s future choices.

Screw that! I want my child to embrace and understand my values and belief system. I want him to accept the codes of personal responsibility, trust, loyalty, and honor that I hold dear and to use that code of ethics as a guideline for his own life. My child will be exposed to this religion because Paganism is what would be practiced in the home. His father would be a Pagan of a slightly different flavor, but between the two of us, those are the religious beliefs and practices that would be experienced most. My child would get to know members of my coven because they are my closest friends. Holiday celebrations would be split between religious and secular with the popular ones falling into the ‘secular’ category to be enjoyed with friends and extended family while the religious ones would honor the beliefs of our home and coven.

I plan to raise my daughter with an understanding of world cultures and beliefs, learning the history and mythology of many different systems and practices. I plan for bedtime stories to include bible stories, because being knowledgeable about things that her world would include is important. She should know who Noah is and what his ark held. She should know the stories of Adam and Eve and Jesus. One of the movies I remember watching with my mother (who was basically non-religious but culturally Christian) was The Ten Commandments with Charlton Heston and Yul Brenner. That’s definitely something I would share with my kids. The difference is that it would be explained to them that these aren’t the stories of our gods, but they are the stories that are important to many other people. If she attends Sunday school with a friend, I want her to be familiar with what might be discussed there so that when she comes home, we can talk about it. The idea of sending my child to a church completely ignorant of what to expect is what would terrify me. The idea of her not knowing what I am, what I am teaching her to be, and why that is the tradition of our home and family is worse, in my mind, than withholding experience and education for the sake of her ‘independent thought’. Independence is something I value highly, but not at the price of ignorance.

I don’t understand the fear of teaching religion to a child. It can be done without brainwashing or brow-beating it into him. It can be done in an honest, open, loving, and educational way. If the goal is that the child chooses a belief when he is ready, why would you expect that it shouldn’t be something built upon throughout youth? Why not put down a foundation that could blossom into something beneficial and beautiful when they come of age?

The gods call to their own. I am willing to give that same respect to the gods of religions other than mine. If my child is meant to be Christian, he will find Jesus. If my child is meant to be atheist, she will forego religion. If my child is meant to be Pagan of a different flavor than her father or I, it will happen. If he follows in the footsteps of my Tradition, then so be it. It’s not my choice what religion (if any) my future child chooses to follow. It is my responsibility to make certain that when that time comes, he knows how to ask questions about religion, how to make informed decisions, how to think critically, and how to follow his heart.