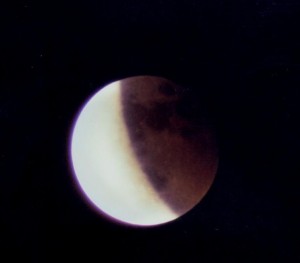 I am not seeking enlightenment. I am seeking to connect with my gods and my various ancestors, blood and otherwise.

I am seeking to know myself on the most intimate level I can, because while I know that at some point and in some way, I have to connect with others, I’m still the only one I have to be responsible to when speaking of matters of my personal growth and development into whatever I’m going to be, or whatever I already am, if those are even different in the first place.

So, with this all having been said, I’m going to take this and go with it and see what comes out.

I think before I begin this thought experiment project, I should clarify that just because I don’t think something is the right thing for me, or that I think I’m not the right person for a specific philosophy or way of life does not mean I don’t value, respect, or appreciate it. There are plenty of things that exist, either as abstract concepts or as physically manifested things that I don’t want, but that I think are special or important. Motherhood is one example. Motherhood is amazing and I respect the women who have given of their lives, time, and devotion to care for a child – biologically, through adoption, or through marrying into a blended family. But I have no desire to be a mother.

There is a big push in the New Age/Pagan community to seek enlightenment. I have a very wise, compassionate, and sincere friend who has been a Buddhist for a long time. I miss our conversations, but frequently read her blog and enjoy chatting with her whenever I make the trip into her city. I can’t really say that I’ve ever found any fault with Buddhist practice or philosophy. It’s quite literally one of the only paths I would consider to have no serious flaws and a multitude of benefits to be gained, not only for the individual, but as far as its impact on the rest of society. But I’m not a Buddhist.

I wondered about that for a while, and every now and then, it’s a thought that crosses my mind: if I agree with so much of Buddhist teachings and ways, why isn’t it something I’m pursuing for myself? I watch interviews with the Dalai Lama and I’ve read the teachings of Pema Chödrön and Thich Nhat Hahn. They make sense to me. Why am I not a Buddhist?

Then it went into a slightly different area and I thought for a while: why am I not an atheist? I don’t believe in a deity-based creation for the universe. I embrace science and will look for scientific reasoning in anything I’m seeking to understand. I devour books and educational shows that teach science in various forms. As a scholar of religion, my own and others, I can clearly see where the concept of deity can be found in group-think and human psychology. Even given some of the profound magical, spiritual, and religious experiences I have had in my own life, or been blessed to witness in others, I still wonder at times if it’s not just something that’s all in my head. Considering that I’ve taken on vows of clergy and oaths of being a priestess, devoting my life (and the next several lives, if anyone is keeping count) to serving the Gods and their Folk, I wonder if occasionally wondering about this kind of stuff is … bad.

My gods still keep me around, doing what I’m doing, so I must be okay, right?

That’s my way of thinking about it anyway.

But back to this whole enlightenment thing… I don’t think that’s really what I’m after. I’m not a good person, because I don’t really know what that is. Given that I consider a miniscule amount of things to be totally good or totally evil, and that’s just not enough to base an entire code of morals or ethics on, I’ve come to the conclusion that I’m not enlightened and I’m not good.

I have a lot of patience, when it’s something I think is important. When I’m teaching, I consider myself to be a very patient person. I used to teach music privately, flute, and one of my students was a ten-year-old girl with an inability to focus and no patience. She quickly became frustrated when she had to play the same small piece of music over and over, because I have always believed and I always will say that practice DOES NOT make perfect. Practice makes PERMANENT. Only perfect practice makes perfect. If you repeat a mistake over and over again, and think that you’re going to improve, you are delusional. What you are doing is ingraining those mistakes and giving yourself a bigger problem. I refused to let my music students get away with that, and my coven students are starting to see that philosophy as well in that lessons get repeated if they aren’t ingrained properly the first time, because if you don’t learn from something in life, you’ll have plenty of opportunities to practice it again. I am relentless in my pursuit of excellence, for myself and for those I’m in a position to educate. I temper that with patience, whenever I can, but I’m much more likely to be patient with them than with myself, but I’m getting better. Is improvement enlightenment? Is seeking to be a guide for others and encouraging excellence in them enlightenment? I’ve decided that for myself, enlightenment is this nebulous half-thing that is just there for people to try and improve themselves toward, or for idiots to feel like they’re doing something spiritually superior. I don’t think I fit either of those, and so I conclude that I’m not enlightened and I’m not really on a path towards it.

As far as being a good person, I don’t know what that is either. My ethics are subjective to circumstance. As I said, there are only a tiny amount of things that I would consider to be definitely good or definitely evil. I haven’t done any of those, so I have no real way to place myself either in the ‘good’ or ‘evil’ camp. I stand firmly in the realm of, ‘good unless I need to be evil’ and I think that’s where I’ll stay. I don’t believe in some intangible universal force of balance that will weigh and measure every little thing I do, so in that vein, I don’t believe in any sort of cosmic or ‘karmic’ retribution. I believe that what I do will have consequences, because I acknowledge that I don’t live in a vacuous bubble. If I deem the actions I take to be worth taking, then I accept the consequences of those actions. If I violate any of the oaths I have made to my gods or if I do something to offend them, I expect that they will balance the scales, and that’s as far as I see any sort of divine punishment going. I believe that taking no action in a situation is worse than taking action that’s meant to benefit. So as far as thinking I have to get permission to work magic to help heal someone, you can take that sort of high-and-mighty moral code and shove it up your ass. I’m beyond wasting my time arguing whether my magic is ultimately going to hurt someone or help them, or if it goes against their wishes. If I see someone bleeding and unconscious, I’m going to work to stop the blood. I’m not going to sit on my thumbs and say, “Well, I can’t do anything because I don’t have their permission and that would be wrong.” The door swings both ways, though… If someone does something wrong or hurts me or mine, you had best believe some heavy mojo is heading their way. So, I’m probably not a good person, because I would hurt someone if I felt it necessary and justified. My responsibility in these areas is to be wisely informed of all relevant information, to weigh and measure using my best judgment, and to accept the consequences with maturity and integrity.

This is why I’m not a Buddhist, I’ve realized. I have thoughts of vengeance and I have taken on the role of judge and jury and executioner… in terms of executing = carrying out the punishment. I’m not an atheist because I truly believe in something out there that’s bigger than me, that I can have a connection with, and that I can call upon and help others to call upon, despite wondering at times if I’m just making it all up in my own mind. I have a firm code of ethics that I live by. It’s just not one that’s geared towards becoming spiritually enlightened. If enlightenment happens to occur, I’ll take it, but it’s a side effect to what I am doing, who I am being, and not the end goal. I also accept that I’ll always have a hunger for knowledge and that science and such can be used to cut the cosmos into bite-sized pieces for me to devour. I don’t have to forego my spiritual or religious sensibilities to embrace that…

Because I’m a Witch.

4 thoughts on “I’m Not a Good, Enlightened Person, and I Think That’s Perfectly Fine”