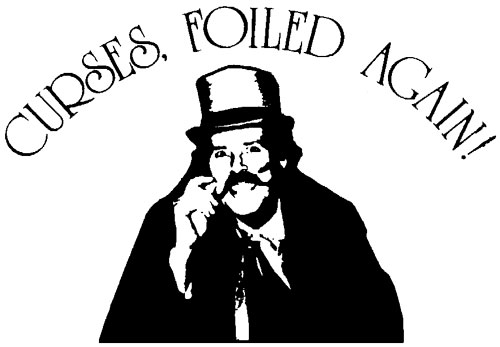 Even if you’ve only studied Witchcraft for a relatively short amount of time, you’ve probably come across this phrase in one form or another. It continues to be one that sparks controversial discussion among people of different magical backgrounds and opinions. At face value, it might seem confusing, especially when put up against popular codes of behavior and ethics like the western concepts of Karma (because the original/eastern belief is something quite different), the Wiccan Rede, or the belief in Threefold Return.

Defining the words is the best place to start.

Magic is the movement of natural energies (such as Personal Power) to create needed change. Energy exists within all things  – ourselves, plants, stones, colors, sounds, movements. Magic is the process of rousing or building up this energy, giving it purpose, and releasing it. 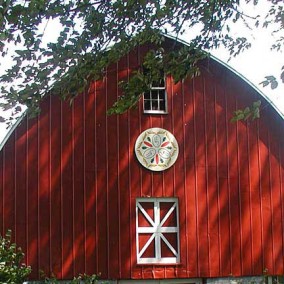 Hexing is to cast a spell or bewitch someone or something. It’s neutral and can mean either helpful or harmful magic being put to use. Modern connotations of the word have taken hex to mean the same as curse — inflicting harm through magical means — but this is not true. In America, for people of German descent, especially in the eastern United States where the Pennsylvania Dutch settled many years ago, Hexing is seen as beneficial and protective in nature. Many barns and homes are decorated with beautiful Hex signs for this purpose. It’s fallen more into a folk practice for most, but it is still magic.

Cursing is to use words, gestures, or magic to inflict harm on someone. This is most often thought of as happening out of anger and for justice or vengeance, though for people of questionable or poor moral and ethical character, that’s not necessarily the case. 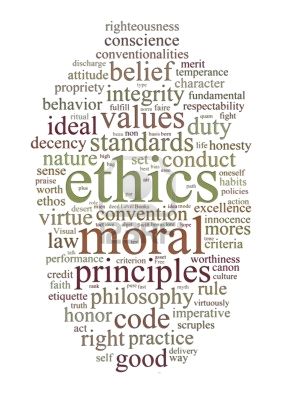 When I begin teaching a new student, or introduce a new member into my coven, the first series of lessons we begin with involve settling on personal boundaries, morals, and ethics. On top of that, we discuss and learn what will be expected of them as members of the group. This is a key foundation of Witchcraft and magic, especially for those Witches who apply religious beliefs and practices on top of these concepts. Having a strong moral compass is required, as is understanding the acceptance of personal responsibility for actions (mundane and magical) that are taken. You must know how you will sort out right and wrong so that you can understand when and what actions should be taken for a particular situation, either for yourself or for others.

So what does this have to do with the whole hexing vs. healing thing? 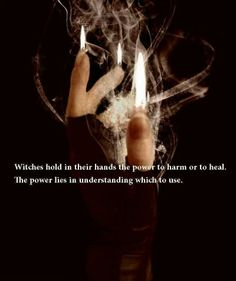 Magic is a neutral force. It has no particular place on the line of good/evil. It is a tool in the hands of the Witch for their use. So, it’s the intention and ethics of the Witch that determines if an act of magic is ‘good’ or ‘evil’. Because magic is neutral and has no inherent morality of its own, I believe that for a Witch to come to the full realization and understanding of this power and his or her ability to wield it, it’s necessary to understand the full spectrum of how it can be employed.

This includes learning how to curse.

This does not mean that I encourage flinging curses about, or using the power in a stupid, senseless fashion for attention or to boost one’s ego. It means that in order to understand how to break a curse, a Witch needs to know how to cast one.  It’s not necessary that you seek to hurt other people in order to learn and understand destructive magic, but someone who refuses to learn it puts themselves at a disadvantage.

I adore the works of Scott Cunningham and often recommend his books for beginners, but with the caution that I don’t agree with him on one big point. He says that Wiccans/Witches should not work with destructive forces or deities. I think this is putting a handicap on magical growth. I agree that beginners should not bite off more than they can handle, and should be carefully eased into working with the harder aspects, but not that they should be shunned or ignored completely. It’s more important to have a strong sense of right and wrong, and the will and discipline to act or not act when necessary than to stick your head in the sand and hope that the bad stuff will all go away.

Or, as I also have said for many years: Walking around in complete light makes you just as blind as fumbling around in total darkness.

It’s noble and kind to want to only do magic for someone’s benefit, for yourself or for others, but sometimes working destruction magic is the best course of action. Isn’t it necessary sometimes to remove something in order for a better option to flourish? Gardeners understand that in order to achieve the best fruit or vegetables, sometimes branches and leaves have to be cut off. It’s the same with magic. A Witch must learn how to destroy, how to banish, how to bind, and how to curse in order that they may understand how to create, how to attract, how to loosen, and how to heal.

6 thoughts on ““A Witch who cannot hex, cannot heal.” — What does this mean?”